This project will be to create a robotic arm that you can control with your phone. You can make it grab whatever you want and it will grab each thing tightly but not enough to break the object. These different objects can range from glass to metal, each with enough grip to hold it and to not break or shatter it. 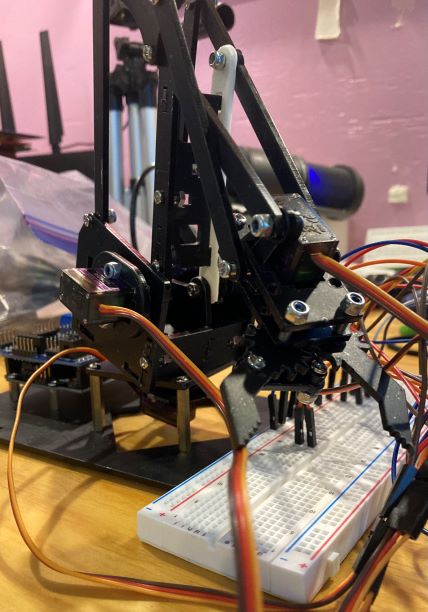 My final Milestone was to add a fourth button so the robotic arm can grab different objects and move them around. After the second milestone this had become easier to accomplish but I had still run into some small movement issues with the connection between the button and the last servo. This one addition allowed my robotic arm to finally grab an object that I put into it’s hands. 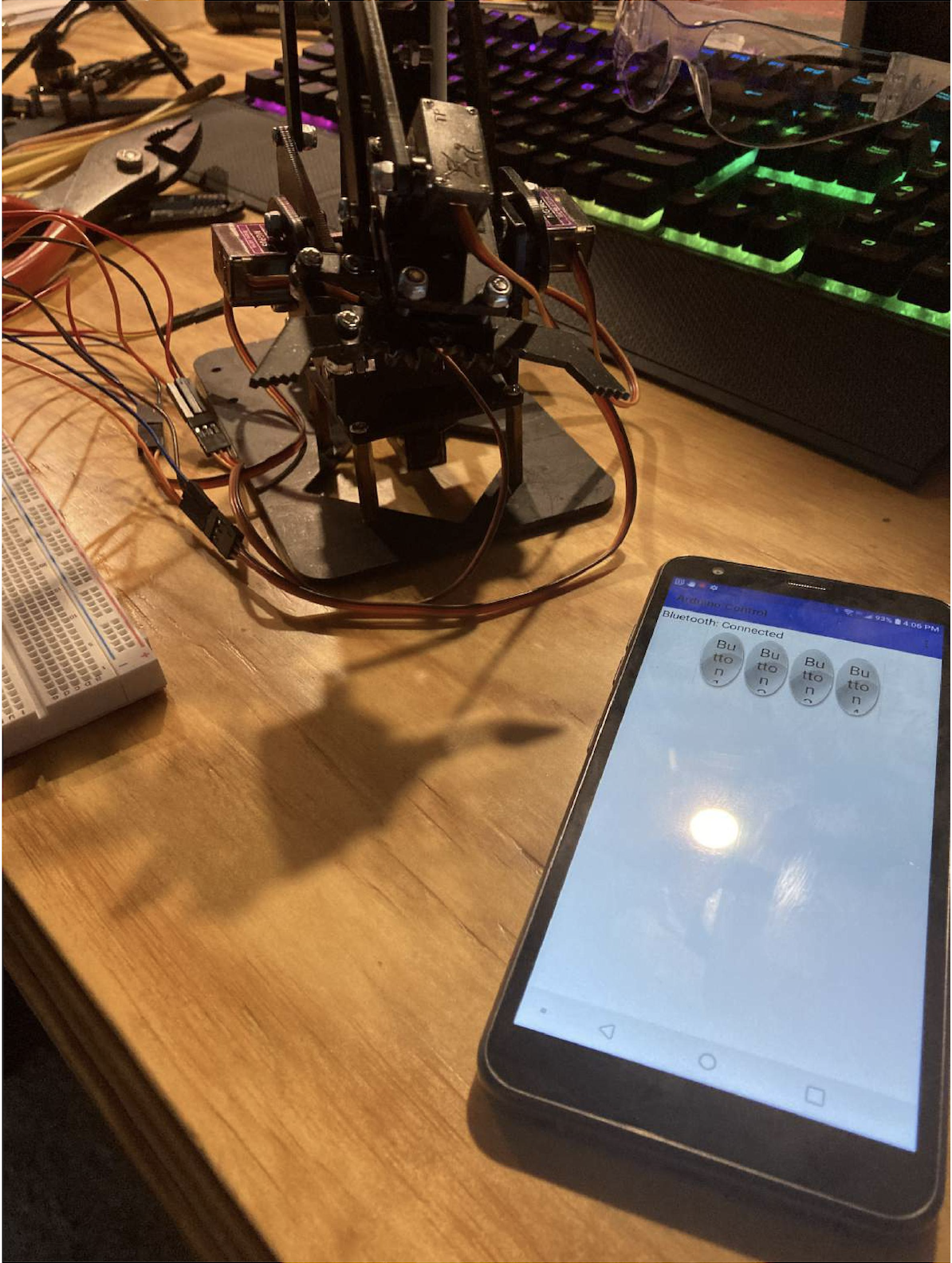 My second milestone was to get the robotic arm base completely operational. This includes Bluetooth connectivity for you to input where you want the arm to move. To get this to work, I had to construct the physical aspects of the arm so the servos would move a specific part of the arm. Once constructed, I connected all of the servos to an Arduino to make sure all the servos were able to move as intended. After I had confirmed that they moved as intended, I started work on the app that would connect to the servos and give them instructions to move. While this process had taken a while to finish, it ended up working great and I was able to move all of the servos with a Bluetooth connection from my phone. 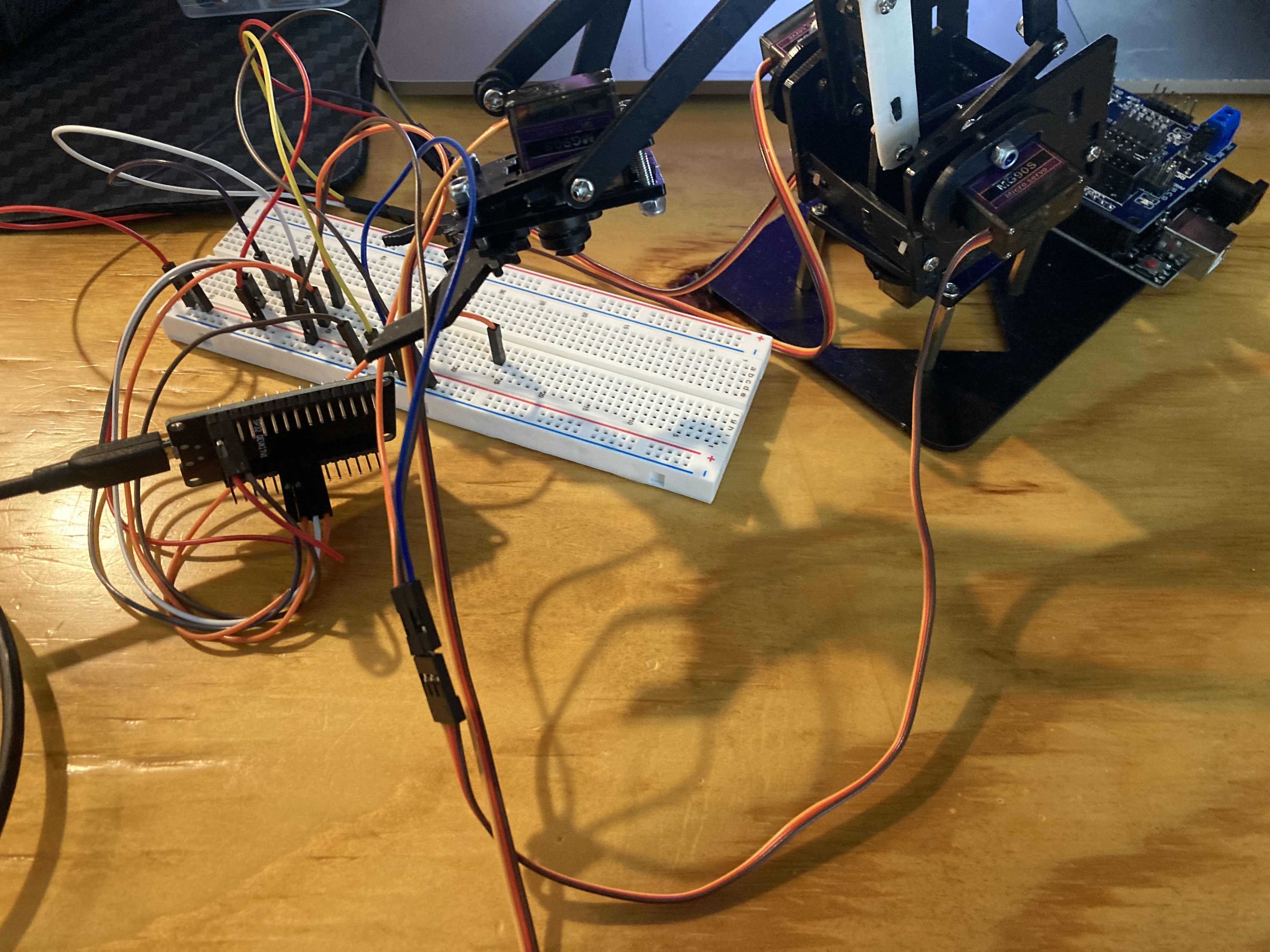 My first milestone was to get a servo motor connected and moving with the input of an Arduino. To start, I needed to download and test out the Arduino program. This was accomplished by setting up a simple circuit for an led so it blinks on and off. After confirming that the program worked well, I figured out how to hook up a servo motor to an Arduino and then program the Arduino to get the servo motor to move. 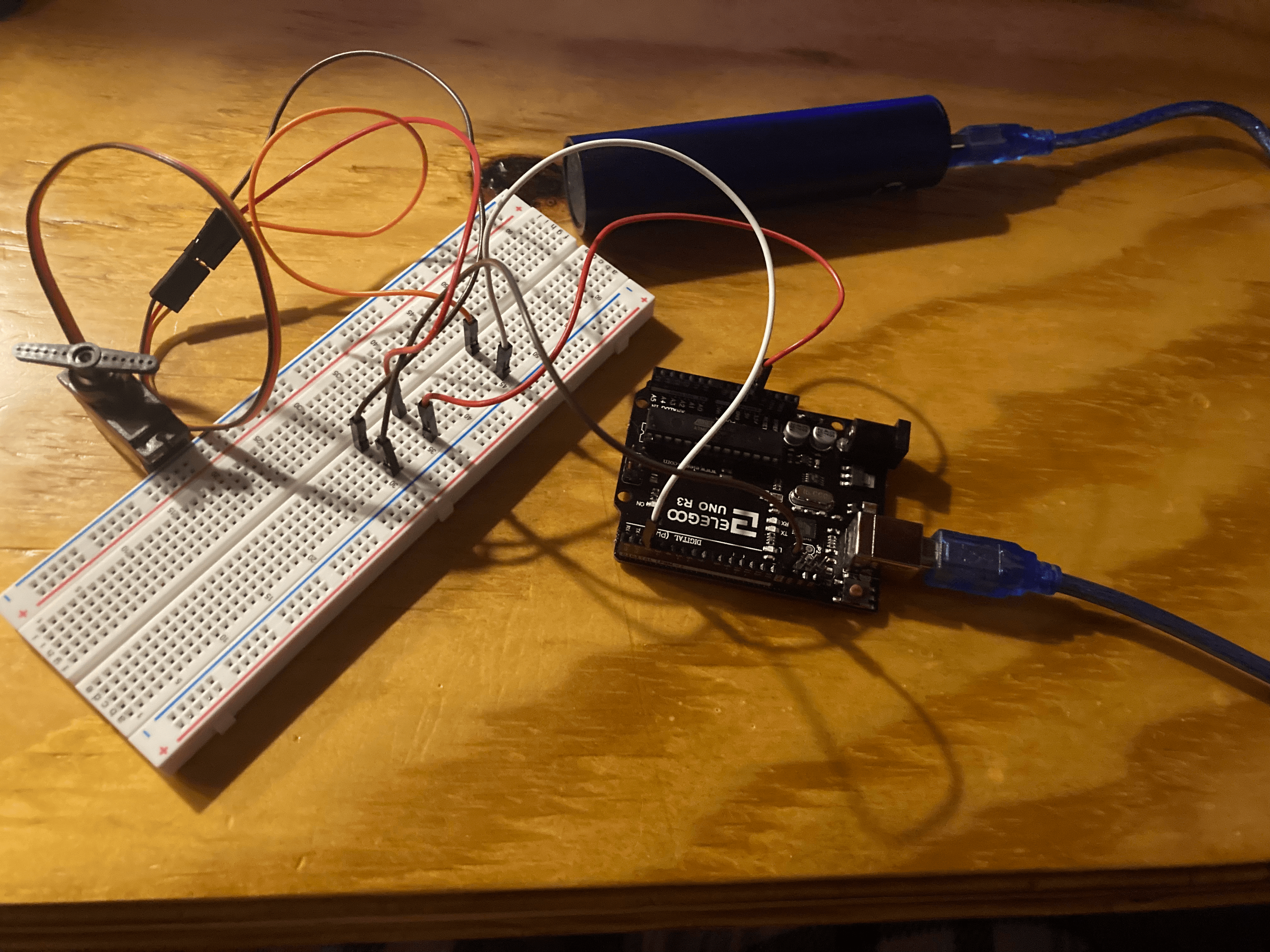